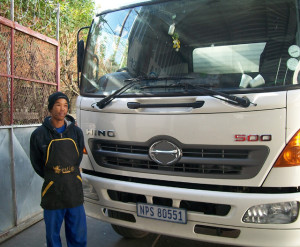 Nhlonipho Mvundla completed his Matric in 2008 and was unable to find employment from that time until he registered with us during September 2013. Within two months of connecting with the DreamWorker Worklink Centre, a full-time position was found for him at TradeCity.

Nhlonipho was employed as a truck conductor, a job that involves a lot of travelling, delivering goods as far as Port St. Johns, in the Eastern Cape.  He is very upbeat about his job and really loves the travelling, as he gets to see many new places and meets different people.