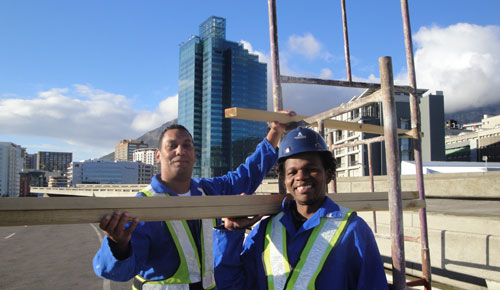 Staff members Bronnie and Charles play at being construction workers! 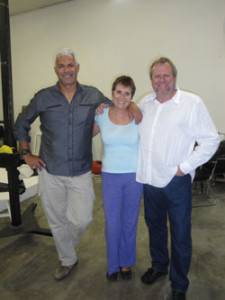 It was a crisp, clear, April morning, when 3 members of the DreamTeam reported on the famous “cutoff” flyover in the city to prepare for the making of our first TV commercial.

The script: Andre Steyn and Team from Advertising Agency, Inspiration

The voice: Mpho Lakaje, producer Against All Odds, eTV

Thanks to the generous hearts of the members of Inspiration, Blackbox Studios and Mpho Lakaje and with a teeny bit of budget manipulation to pay for Lorraine and her children as main models, a 30 second pro bono spot was filmed in a single day. And of course our own staff pitched in as part time superstar TV models! 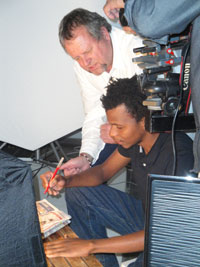 Andre Steyn directing Charles for his One Take moment, circling those Classifieds!

Moving from the bridge at dawn, to studio, Mike and his team were super organised. The entire day flowed seamlessly, with loads of laughs combined with tight co-ordination.

We loved the ad from the very first showing! No changes needed. Our creative team “got “ the essence of what we were trying to do from the outset.

Now to hold thumbs that eTV will give us those promised pro bono flightings! 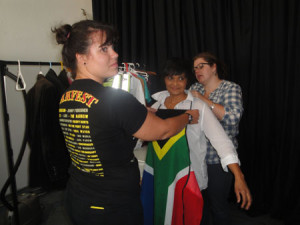 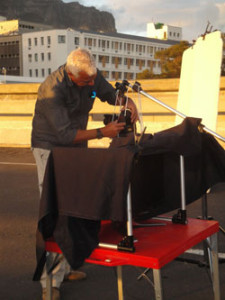