Most people who walk through DreamWorker’s doors are hoping beyond all else, that we will help them find work.

There cannot be too many who arrive, hoping to be on an all expenses trip to Germany for three months!

On 2 May 2015, a young 23 year old man penned a passionate e-mail to DreamWorker. It was a call for help, written from his lean-to “wendy house” at the back of his grandmother’s home in the fishing village of Hangberg, Hout Bay. 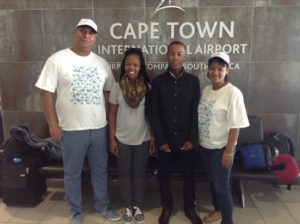 With only a Grade 11 education, parents who were struggling to make ends meet, and a bleak future ahead, this young man wrote that he did not even expect a response from our organisation, let alone any real help…..

Well he got way more than he bargained for.

Adrian Madikisa met with Tania Bownes, for a breakfast chat. She picked up his amazing intelligence and that despite his Grade 11 education, he had a mind and soul alive with new thinking, with “out the box” concepts and a total frustration with the current education system. She advised him to register with DreamWorker and to come through for his interview, which he did.

And that is how one step, one e-mail, set him on a path to Germany……

About a year ago, a young German student, Teresa, contacted DreamWorker and asked if she could interview and film Ronald Bownes on the subject of youth unemployment in South Africa. She was part of a global exchange programme, ASA, in which young people from Germany and South Africa are sponsored to collaborate and share ideas regarding raising global awareness on a host of social issues. The idea is for them to research, study, explore and share their ideas, North to South and vice versa…….. to dream a better tomorrow for all humanity into being.

Thanks to Teresa’s interview, ASA decided that DreamWorker would make a great host for the programme.

With over 19 000 people registered, it was quite a task to whittle things down to six of the best candidates. And then finally down to two. Two people, whom we believed had that certain magic, that certain quality of viewing life in alternative ways, combined with a deep passion to make the world a better place…….Adrian, was just such a person. 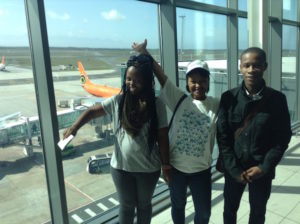 Ayanda Ngcozana’s story is considerably different to his. She matriculated in 2009 and went on to study Multimedia Technology at the Cape Peninsula University of Technology. She gained hands on work experience doing various internships in film production with Film Afrika and more. She continued learning and growing, doing short courses at the University of Cape Town as well as working at Live Magazine, a magazine that aims to be the voice of the youth of South Africa Her background was far more stable, with supportive parents and a career path mapped out.

Ayanda loves film. Ayanda loves viewing the world through the lens of her own initiative, her own ideas, her own creative thinking. Looking, seeing, asking, learning.

Ayanda is also passionate about the youth. In her DreamWorker interview, when asked what the dream is she has for her life, she answered “to start my own production company that will create skills opportunities for young people. I would like to give back to those who have not had the same opportunities I have had.”

And that is how these two delightful young people, from vastly differing backgrounds, found themselves at Cape Town International airport on the morning of 4 April 2016. Youth Ambassadors, heading for Germany.

Wings to follow their inner calling, their path of purpose.

And wings to return home, so that they may both continue to fly ever higher, sharing all they have learned and experienced with the young people around them.